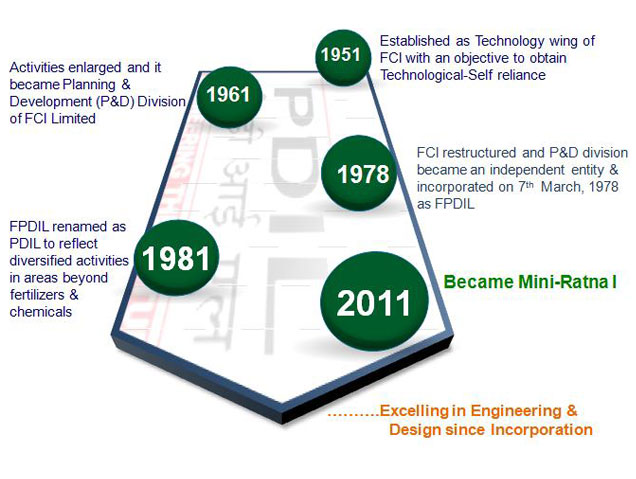 Since, its formation, PDIL has been involved in the design, engineering and construction of almost all the major grass-root fertilizer projects in India.

This Site is Best Viewed in IE9+ and All Major Browsers